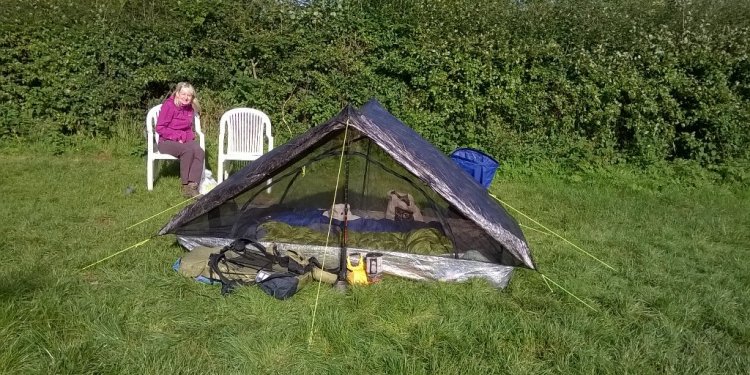 
The Forth and Clyde Canal

During the last couple of days the weathermen and females have been radiant using development associated with hottest heatwave going to the united states in many years. Their charts are beaming with quite yellowish sunshine signs plus the temperatures were soaring above 30°C, establishing brand new records for season and offering the forecasters the delighted task of predicting clear skies and wall-to-wall sunlight for the next couple of days. It's a happy time.

But poor old Scotland appears to be the odd one on. 'It's going to be a lovely time, ' claims the weatherman. 'Oh... except in Scotland, in which it is going to rain. But whom cares? I am in London and it's a striking time right here, and that is all of that things, right?'

Maybe not if you are right here, it does not, while the last day or two being cloudy, windy and completely without the cloudless sunshine afflicting the remainder country. But all nutrients arrived at people who wait and today, eventually, the heatwave struck Scotland. Well, with the exception of the external Hebrides, but which cares? I am going towards Glasgow and it's a striking day here, so that as far when I'm concerned, that is all that matters.

Annoyingly We have only bitten down more than i will chew, therefore hurts. Even though longest individual day's this walk remains the 24 kilometers from Tiverton to Taunton – paired just by the 24 kilometers from Melrose to Peebles, though that was through with a lighter pack – the previous few times have collectively been the longest haul of this journey. Since my extra rest time in Peebles, itself after on from long Melrose-Peebles knee, i have covered 14, 18.5, 22 and 21.5 miles each day, and today was another long slog at 23.5 kilometers. That is 99.5 kilometers in five times right, and it is a been an extended trek.

I believe i've found my limit, because of this morning We woke with a niggling pain in the front basketball of my correct foot that gradually expanded into pure unadulterated agony. It had beenn't a sharp discomfort – it felt a lot more like walking on a nasty bruise – but just various miles after rejoining the Forth and Clyde, I happened to be thinking seriously about whether I could continue. Blisters tend to be the one thing, but i'ven't had a pain this intense since my tendon damage back Dartmoor and it's stressing.

We sooner or later caused it to be to Drymen by eliminating one of several clothes from my right foot and necking a couple of painkillers. This did actually help, though a nasty side-effect was that little blister back at my right heel, which I'd concealed under a blister plaster, rubbed itself into a frenzy of activity that has arrive at rival the blisters I had in Cornwall. Fortunately I didn't learn this until we achieved Drymen and taken off my sock to show the degree associated with the damage; regarding the stroll itself I was much too preoccupied aided by the ominous emotions inside my base.

Strathblane in addition to Campsie Fells

Pain truly does ruin things. Today had been an attractive day for walking and I need to have already been enjoying the decreased wind within my face as I finally reached the type of spectacular views that Scotland is popular. From the grey distress of Kilsyth we stepped across the canal to Kirkintilloch, from where we took a path along a disused railway line that ploughed through Milton of Campsie and Strathblane and all sorts of the way to the West Highland Method, which then took me to Drymen. And Drymen, on southern end of Loch Lomond, is where the highlands of Scotland truly kick in, producing picture-postcard views every-where you appear.

It absolutely wasn't a long, lonely slog either. There were a good amount of men and women out experiencing the Sunday sunshine and they were happy, friendly individuals who were as high in the joys of the heatwave as I should have already been. On the road into Kirkintilloch I beamed within my other towpath walkers and so they beamed right back, a lot of them even handling to inhale life into a classic classic. Back Kilsyth a guy on crutches had looked over me and stated, 'in which tend to be your bloody skis, eh?' in a tone of vocals that indicated he wasn't laughing with me, but at me personally; we ignored him and held my eyes reasonable. From the towpath, however, an old guy beamed at me as I poled past his defecating puppy in which he happily quipped, 'I see you have lost your skis after that!' I dutifully beamed; I've heard this joke 100 times before on this stroll, but once men and women say it with a grin, it is usually a pleasure to laugh and them.

The views had been as pleasant given that individuals while the Campsie Fells to my right provided a lovely backdrop toward walk. Milton of Campsie and Strathblane are pretty places and though I got lost into the previous wanting to follow a diversion round an unsafe connection, I became thrilled to explore since the towns over the dismantled railway are an extended, good way through the pebbledash misery of Kilsyth.

But despite my relief at finding that Kilsyth is not the norm, i simply cannot concentrate. Whenever walking is a continuing exercise in pain control, you can't steer clear of the terrible gnawing sensation at the back of your brain that perhaps, simply possibly the pain indicates a significant injury which this could be the termination of every thing. After over 800 miles of hiking, the idea of failure is enough to deliver me right-down; i have come far adequate to be cautiously optimistic about completing this walk, but I can't allow myself get too overly enthusiastic. It takes merely one twisted ankle to spoil the celebration... and on occasion even one swelled up and slightly throbbing correct base that in some instances is just too painful to walk-on.

I did not do anything except carry on walking, but gradually the pain sensation subsided from a rigorous and inevitable jolt to a dull ache. It absolutely wasn't comfortable but I figured I could cope with it, and it also was at this state that I reached Strathblane, the point into the stroll whenever I decided to test my shortcut theory.